“$12 million in my pocket is what I believe I would have, above and beyond what I've made, in the last 10 years alone had I found Dan Lok sooner.”

Imagine a deck of what looks like an ordinary deck of 52 playing cards, but instead can be your sales Team's secret weapon to obliterate any sales objections that ever come their way ...

It's true because now by clicking the ADD TO CART button below, you'll arm yourself (and your Team) with the ultimate objection-dissolving tool and resource that can help to dissolve any type of objections as they come up. This 52-card deck is called: More Sales Cards.

WHY IS IT RELEVANT?

We took several dozen of the most common objections to any type of sale and reproduced them on 52 elegant cards that provide tested and proven phrases designed to destroy that objection instantly – the exact words and phrases our own sales team uses to overcome that objection and close the sale.

More Sales Cards are quite remarkable because unlike ordinary playing cards, there's no gambling with playing with them, the odds are stacked in your sales Team's favor and you "are the casino" in any sale.

It's the easiest, fastest way for you and your Team to memorize the answers for overcoming objections. The objection is on one side of the card, and the responses are on the "flip-side" of the card.

HOW CAN IT HELP?

If you want to accelerate your company's path to wild success by having your sales Team eliminate petty objections that will no longer get in the way, then More Sales Cards aren't cheap, but they're a useful tool and surprisingly a great investment to boost your ROI.

Will you treat your business and give them a try?

Do you want to close more sales, faster?

If so, you must master the one skill that separates ALL top sales producers from everybody else...

X It’s NOT your ability to generate your own leads…

X It's NOT your ability to build rapport with prospects...

The one skill that separates the top professionals from everyone else is... Do you want to close more sales, faster?

If so, you must master the one skill that separates ALL top sales producers from everybody else...

X It’s NOT your ability to generate your own leads…

X It's NOT your ability to build rapport with prospects...

The one skill that separates the top professionals from everyone else is...

Your Ability To Overcome Objections

If you CAN’T overcome objections you won’t make sales.

And if you don’t make sales... you won't get paid.

Your Ability To Overcome Objections

If you CAN’T overcome objections you won’t make sales.

And if you don’t make sales... you won't get paid. That’s why I created the Limited-Edition “More Sales Cards”.

You get a complete deck of 52 cards covering the most common sales objections you will ever face... with the exact words and phrases to handle each one effectively.

Get motivated with this Black and Gold sound button - nothing like getting that "BOOM" every time you close that deal!

Track #3: "You are closer than you think" Plus when you grab your "More Sales Cards" today you also get... Plus when you grab your “More Sales Cards” today you also get...

Watch as I give you additional ways to use each card -- including the exact tonality to use -- to close more sales and build your career.

I walk you through each objection…

I give you multiple ways to handle each one....

Plus I role play exact scenarios you may face so you can see how the “More Sales cards” will help you in real life situations.

Watch as I give you additional ways to use each card -- including the exact tonality to use -- to close more sales and build your career.

I walk you through each objection…

I give you multiple ways to handle each one....

Plus I role play exact scenarios you may face so you can see how the “More Sales cards” will help you in real life situations. With the Limited-Edition"More Sales Cards”… and the special 52 “More Sales” training video collection you really can master every common objection quickly and close more sales now.

you’ll discover how to overcome:

I don’t want to pay any upfront fees!

Can you give me a discount?

I don’t make decisions over the phone...

I need to look at my finances…

I need to talk to my spouse/business partner...

I need to speak to some of your real life clients first before making a decision...

This is outside our budget...

I have to think about it...

I’m just not sure this will work for me...

Why is it so expensive? There are cheaper options out there.

Just send me an email...

Do you have a guarantee?

I am not comfortable with long contracts...

Is that your lowest price?

I’m still comparing this to your competitors...

Note: Upon check out, you'll get instant digital access. Your login details for all digital programs will be delivered by Kajabi, our learning software. Please double check your junk/spam mailbox if you couldn't find your log-in details. Your More Sales Cards set will be sent to your mailing address on file.

As per Tony Robbins, Quality questions create a quality life. Successful people ask better questions, and as a result, they get better answers.

I highly recommend every leader to invest in this program. I love how Sifu construct his questions to a point wherein he transforms questions that lends clarity to client's perspective.

I'm super excited to role play this program to my team and I'm looking forward to use it asap to my upcoming meetings! Very happy with my investment! 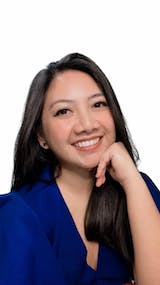 A
Akhilesh singh
More sales cards: must have for objection handling

52 cards plus videos that clarify all about handling objections with the right tonality and with finesse. This is gold! 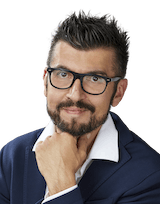 Playing games is the first thing that we learn to do from the first day we step in to this world.

Now why not playing the game of handeling objections in our business life ?

These cards are magically helping you in a very simple way figuring out how to respond to your clients when they are in doubt of taking action.

So if you are a game lover who wants to WIN the game of life this is specifically made for you.

Without any doubt take action and make it a habit to play everyday
I have one and I will play with you when you are ready ? 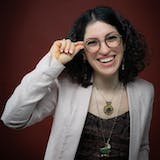 These products will defenitely help me sell my agency's services even better by handling objections the right way and also being able to talk to businesses in a more relaxed but superior matter. Thanks for the solutions to my challanges.. I highly appreciate it. 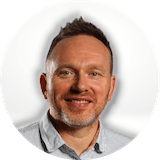 Love them! They are even better than I thought! The cards are fun and get you used to overcoming objections effortlessly. It becomes even more fun seeing customers and knowing their objections will be somewhere in the deck. I just smile every time I read the cards because they are so helpful. Flip them over and you have the perfect response to any customer! 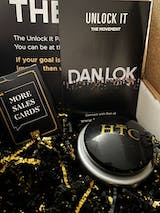 I love them. I can pick the card with the objection and boom! i'll study it and role play with someone.

The More Sales Cards are pure gold by themselves, but along with the video trainings they are PRICELESS for any serious sales professional. Yet another masterful business tool and program by Dan Lok.

When I was studying Korean for the Air Force, I fell in love with the Leitner (sp?) method of flash card studying. (Basically create an "I needed to look at the back" stack and a "I remembered without needing to look at the back" stack. Once the ones in the "I remembered without looking at the back" stack have been successfully memorized SEVEN times... then move them into the third stack, the "mastered" stack. Keep going till all cards are in that stack. With this method, I memorized Korean vocabulary like nobody's business and I scored the highest score possible on the US Military's DLPT exam, TWICE! Did the same for Air Force NCO promotion testing, same exact method, and scored a higher score than anyone in my squadron. Anyway, enough bragging :D Point it, if you can grab a buddy or significant other and go through these cards religiously for a few days in a row using the above described Leitner method, and get them ALL into that third stack, you will be in VERY good shape during your calls. Another dynamic to take into account is that some of these cards have branching logic (e.g. the backside of one might have an "if they say yes, say this" and "if they say no, then this" option) and so be sure to take both those possibilities from each card into account when determining whether to move a card to the next stack. Anyway, all around SUPER useful tool for memorizing objection handling and a definite homerun for Sifu Dan Lok and the awesome folks on his team (great job guys!). Highly recommend you pick this up and don't let it collect dust, set aside a few hours and do the above described method!